The backlash of Hurricane Irene arrived carrying very strong winds.  I was hoping to see eagles soaring and enjoying the air above the Croton Train Station Boat Landing.  The swallows along the Senasqua Bay part of the Croton Bay at the boat landing were hanging onto the trees as best they could.   I have posted a series of pictures that shows how the birds coped.  I believe there are several species of swallows trying to stay on the branches – tree and barn, plus another. 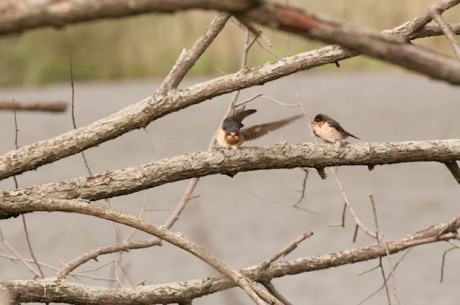 This shows where the swallows were.  It is on the Senasqua Bay, north part of the Croton Train Station Boat Landing.  Those dots on the branches are swallows. 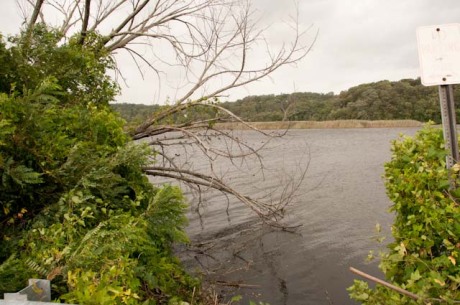 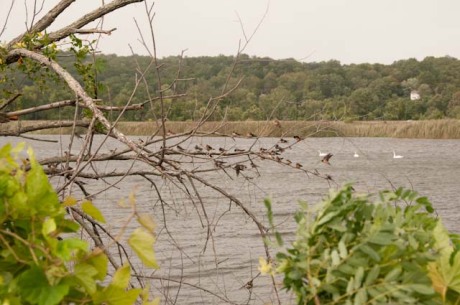 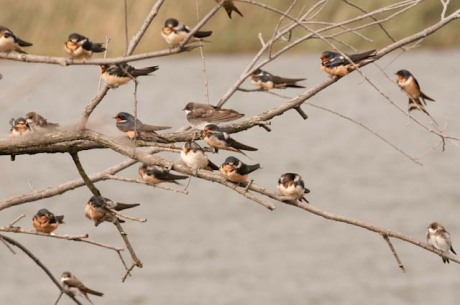 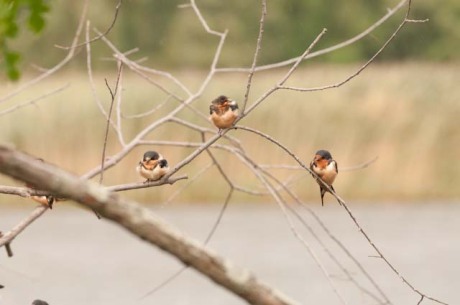 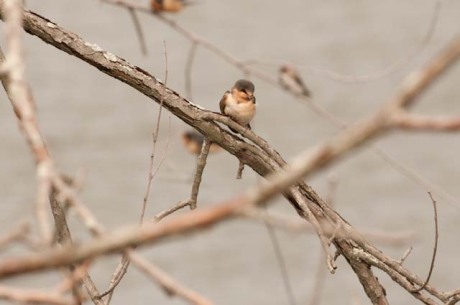 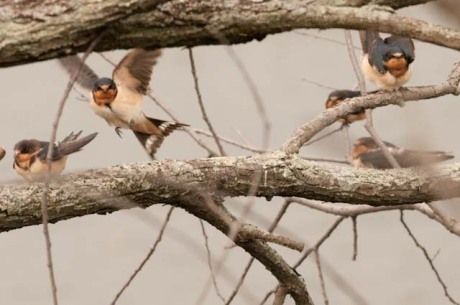 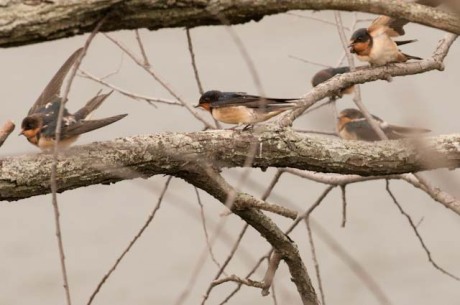 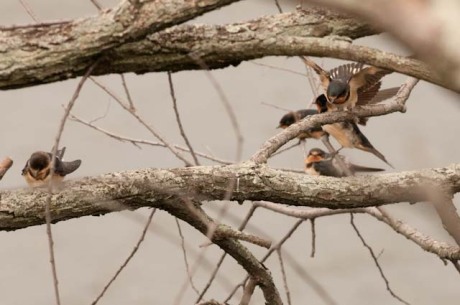 Please know that the title of this post has a very sad, tragic meaning.  Just after I photographed the swallows at Croton Train Station Boat Landing during the backlash from Hurricane Irene, five people were in a boat on the Croton River when it overturned.  One person perished.  Another clung to a tree for two hours before he could be rescued.  The three man rescue team that went to help was swept out to the Hudson River in the current under the train trestle.  They had to be rescued from the Hudson.  I did not see the boat or rescue.  It was low tide, but the tide was higher than I have ever seen it at high tide.  And the current was moving much faster than I have ever noticed.