I have 14 parrots in all now.  Here are pictures of a few of them.  My oldest gal, Vinnee, a Green Cheek conure, came to me in 1995 when she was 10 weeks old.  Somehow she managed to survive being lost in the woods, neighborhood cats, buried in lawn thatch and me.  Charlie, 8 months old at the time, joined her in 2001 after 9/11 when work schedules changed and she needed a companion.  Six months later they raised their first clutch.  As you can tell, one bird led to another.   All the birds are loves and bonded to humans.  Well, almost all.  The parakeets remain skittish, but they never come out of their spacious cage.  After being out in the wild they know they have a good thing going.

As of September 1, 2012 another parakeet joined the flock.  Seventeen birds is a lot of birds, but the parakeet is small.  Sparrow Boy was hanging out with the sparrows at Feed the Birds in Croton.  I managed to catch him.  After his vet check and OK to go in with the others, he found out what a good thing he now has.

When my youngest pair of green cheek conures hadn’t laid fertile eggs four years in a row, I thought I would just let them be together for a fifth year.  Flash, BeBe and Snuggles joined the flock between April 27 and May 15, 2014. 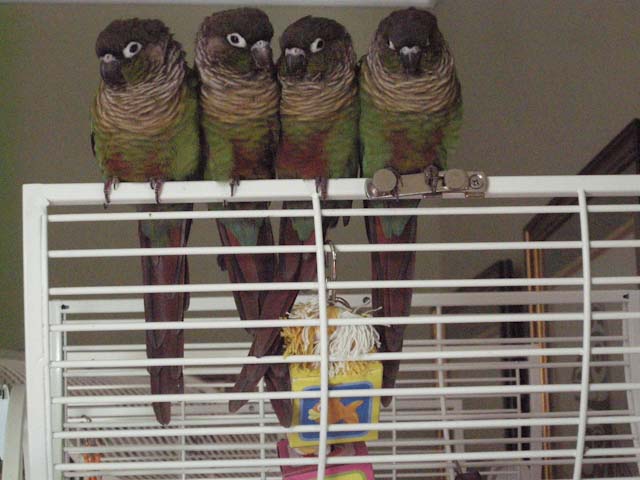 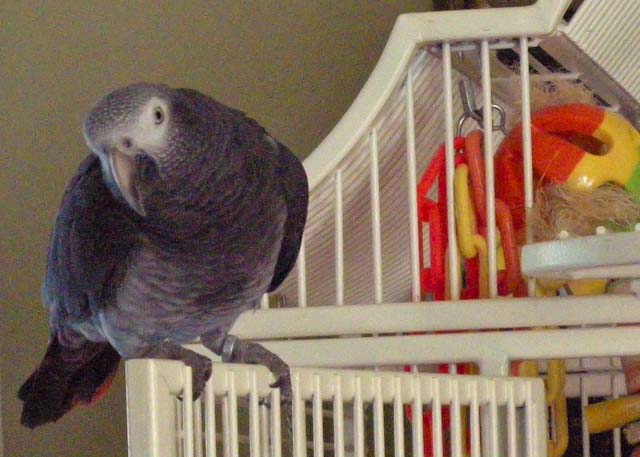 Green Cheek conures Tiny and Vivo, 5 years old in 2011. Vivo became very aggressive and could not be around the other birds.  He went to an only bird home and is totally loved by his owner.

Tiny and Vivo’s babies, Flash, BeBe and Snuggles, who joined the flock in May 2014 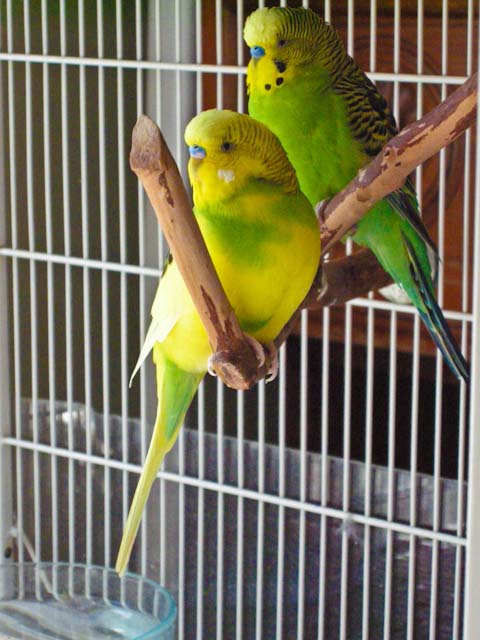